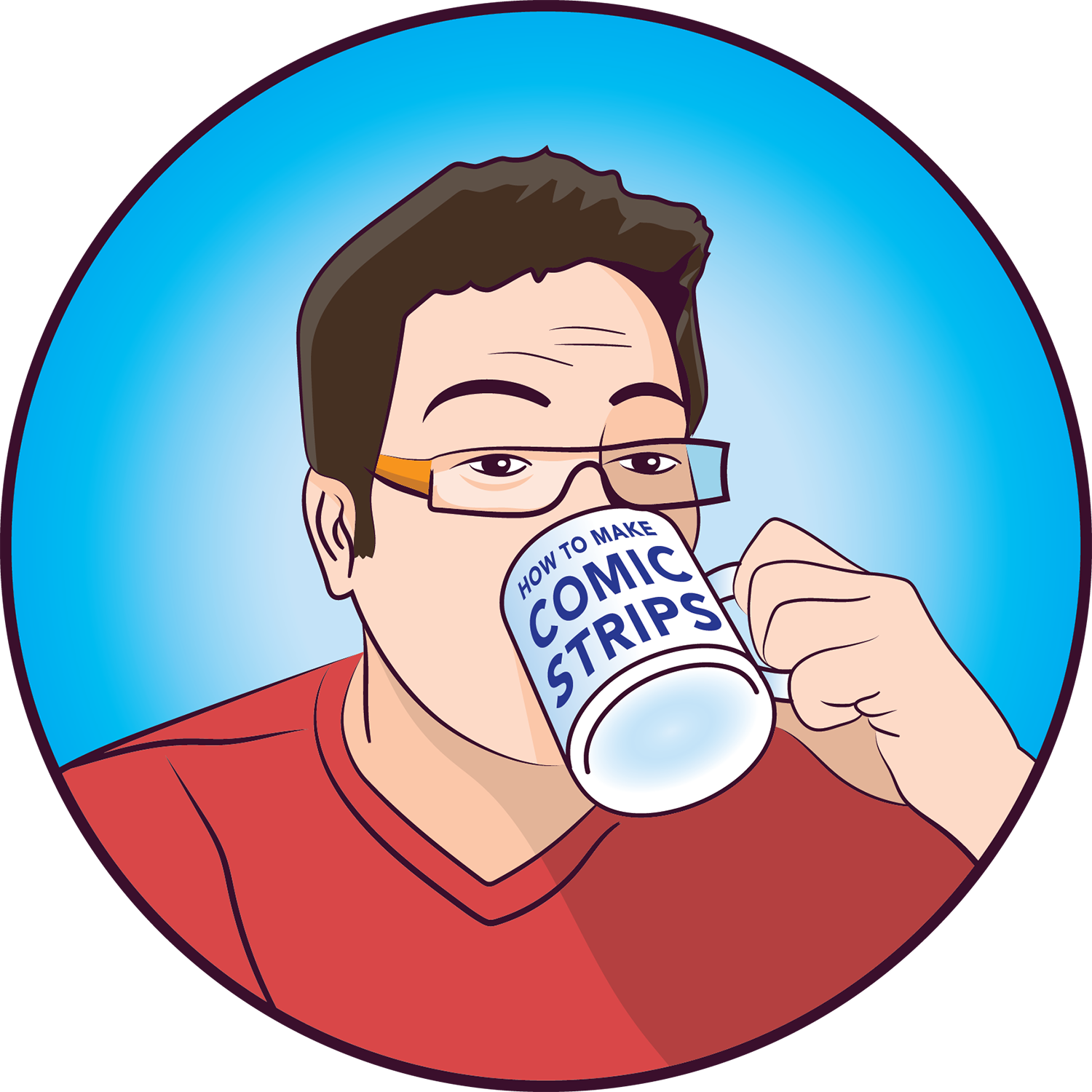 Born on the island of Montréal in the province of Québec, now living in the creepy little town of Hawkesbury Ontario, Pierre is a French Canadian man who enjoys British comedy and Japanese animation. He started drawing at a very early age, so young that he never learned how to hold a pencil properly. Always criticized for not following the rules, he always kept doodling in class hoping that his talent would give him a free pass to a bright future. Reality had other ideas and he spent most of his professional life working in all areas of retail, from stockboy to manager. His wonderful wife always encouraged him to keep creating and gave him the opportunity to start making comic strips and writing books.

He is a strange combination of narcissistic and neurotic, a stoic paranoid and a pragmatic eccentric introvert. He enjoys getting attention for his work, but not his personal life even though he likes to include himself in his work and present the "worst" version of that self in his comic strips. He also wrote this bio himself, if you were wondering or even took the time to read this page. The rest is just gonna be ridiculous rambling to see if anybody is going to ask him about it in eventual interviews when he finally becomes a big deal author of renown. He just made a big pot of coffee and it smells delicious and he has to end this and go pour a cup for his beautiful, talented and genius wife and also one for himself, so goodbye for now and see you soon.